Art Work > JOURNALISTS, CORRESPONDENTS © And CHILDREN OF ALEPPO The Faces of Terrorism 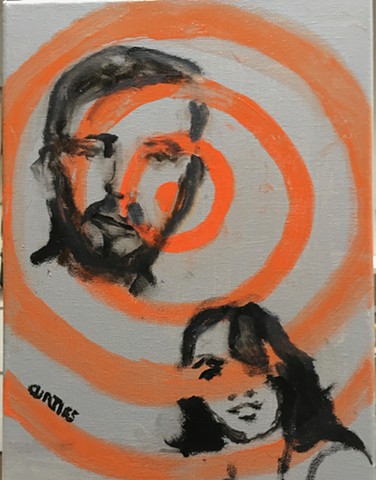 ESPINOSA AND VERA
oil on canvas
< previous next >

Ruben Espinosa a Veracruz photo journalist (b. Nov 28 1983) was found assassinated July 31st in Mexico City. He had left for Mexico City (considered a haven for journalists) after numerous death threats received after publishing a derogatory photo of then Gov. Javiar Duarte. He was killed along with Nadia Vera, roommates and a maid.

Vera was a social activist who worked with Mr Espinosa in Veracruz. She was the 36th women's rights defender-community leader and social activists and journalist to be murdered in Mexico since 2010. All were tortured, women were raped and then killed.

Wikipedia and The Guardian were sources for this information